The natural world is a truly beautiful place to experience. Finding a creature that could cause you serious harm isn't what most people sign up for when they go on a backpacking trek, but this is as much a part of nature as your favorite scenic vistas. The following are some creatures you just might see — even if you would rather not. 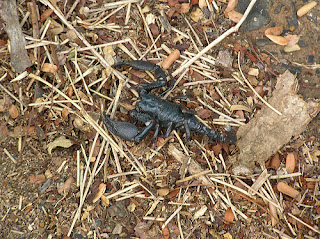 Scorpions are like little tanks. They're able to slow their metabolisms to the point where they almost seem suspended animation. They can be frozen and thawed out with no harm done, can withstand serious desert and heat conditions, and are unbelievably tough for their size.
The kind of scorpion you do not want to mess with is the Arizona bark scorpion, the most poisonous variety in the United States. Even if you're a healthy adult unlikely to die from its sting, the effects can still take up to 72 hours to wear off if you don't get a quick dose of anti-venom.

Black widows are found spinning their webs where there are insects to catch. While the general food source of a black widow is insects, the bite of a female black widow can cause damage to a human being.
Even though it probably won’t kill or even paralyze you, a black widow's bite can cause dizziness, chest pains, nausea, vomiting and fever. The effects can vary by the individuals sensitivity level and the amount of venom injected, so it's best just to leave these half-inch spiders alone.

Brown recluses can be found most anywhere there is a pile of something that the spiders can hide under. Since these spiders do not typically spin webs, they are often encountered on the ground or walking up you. Their bite is rarely dangerous, but it does carry the potential to cause necrosis of the skin and the subcutaneous fat surrounding the bitten area. Often the pain of this kind of bite does not happen until hours after it happens, so prevention is the best course of action. 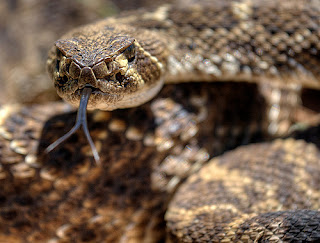 Seeing a diamondback rattlesnake in the wild isn't as fun as picking up Arizona Diamondbacks Tickets and enjoying a great game of baseball. Rattlesnakes bite thousands of people each year and most don't die. Isn't that pleasant? However, rattlesnakes can decide how much venom they inject into you during their bite, choosing any amount from none to a huge amount.

Prairie dogs, much like any kind of rodent, will often carry fleas that carry the bubonic plague. The fleas themselves can jump 13 inches at a stretch, so stay a good distance away from prairie dog towns if you're camping.
There are several kinds of critters you want to avoid in the open country. Just be aware of your surroundings and try to steer clear of them. After all, nobody wants to ruin a beautiful trip in the wild with a sting from a scorpion or a spider bite.
Posted by Trying to go green at 7:15 PM