Great Green Initiatives from Around the Country

We all want to live greener and more eco-friendly lives. We do this by taking care not to waste water, to reduce our energy consumption and carbon footprints. We plant trees and we make “green” updates to our homes. Going green isn’t just about living a personal green lifestyle, though. Going green is also important for neighborhoods and cities. Here are some great local initiatives that have caught our attention recently.

Illinois has a deregulated energy market. This means that consumers can shop around for their power providers and choose a provider based on rates and, of course, how eco-conscious a company is. One energy company by the name of ComEd has been making headlines recently with its Green Button initiative.

Green Button is an app that users can opt into and use to track their energy usage and that will then supply the user with lots of cost saving measures the user can take. The data is shared with ComEd and some other energy companies to help those companies figure out how to reduce the cost of their services and how to better implement green technology to help reduce cost and carbon footprints.

Portland, Oregon is no stranger to green initiatives and has long been a leader in the field. It was one of the first cities in the country to ban the use of plastic bags in its stores, hoping to encourage people to bring their own reusable bags and reduce the city’s waste. Most recently, the city officially committed itself to its Climate Action Plan--a plan that aims to reduce the city’s carbon emissions by eighty percent by 2050.

Another dominant headline out of this city was the city-wide effort to increase composting. The city provided composting containers to individuals and multi-family dwellings and sends trucks out to collect the containers’ contents. The composting collection happens weekly, alongside trash and recycling collections.

Across the continent in the “other” Portland, the city’s sustainability coordinator has banned the use of plastic water bottles at city-sponsored events. The city then bought every city employee a stainless steel water bottle to use instead. The coordinator’s goal is to reduce waste by as much as ninety percent.

Another major development in Portland, Maine is the city’s attempt to consolidate its mass transit systems into a single SMART system that is eco-friendly and uses electric vehicles instead of the traditional gas guzzlers.

Texas, admittedly, is not well known for being green-friendly. The state is proud of its oil production and, as a point of fact, many families have small wells operating on their property to help supplement their incomes. Even so, towns and cities around the state are making an effort to be more sustainable, to reduce their environmental impact, etc.

In Dallas, for example, the brand new Dallas City Performance Hall was given a Leadership in Energy and Environmental Design Platinum rating. Platinum is the highest level a structure can get and it is determined by the federal Green Building Council. The builders used a variety of materials to help achieve this goal and reduce the building’s waste.

Over in Allen, the city is offering rebates to residents who need help reducing their water consumption. They are also encouraging the creation of neighborhood committees to help reduce an entire neighborhood’s energy usage in addition to educating individual residents to measures they can take inside their own homes.

Right now the thing California is most known for is not its celebrities or movie studios; it is its drought. California is enduring a massive drought. A few months ago, the state imposed strict water restrictions to help combat the damage the drought was doing to communities throughout the state. They also encouraged neighbors to report waste when they saw it.

One of the state’s most important wineries has made headlines for its sustainability efforts (it’s a story about wine, of course it caught our attention). They’ve cut their greenhouse gas emissions by more than half since 2008. Not only that, but the company that runs the winery, Kendall Jackson, says it plans to invest the money it’s saved via these initiatives in solar panels for all of its wineries and, coolest of all, a Tesla energy storage battery.

There is also talk of a light speed rail for the Los Angeles metro area so maybe their traffic woes will start to let up in a few years!

These are just some of the stories we’ve been following from around the country. What are the headlines in your neighborhood or city? More importantly, what can you do to encourage green living at the municipal level? Share your ideas with us! 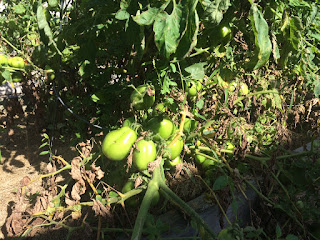