MY LITTLE PONY- FRIENDSHIP IS MAGIC: ADVENTURES OF THE CUTIE MARK CRUSADERS NOW ON DVD 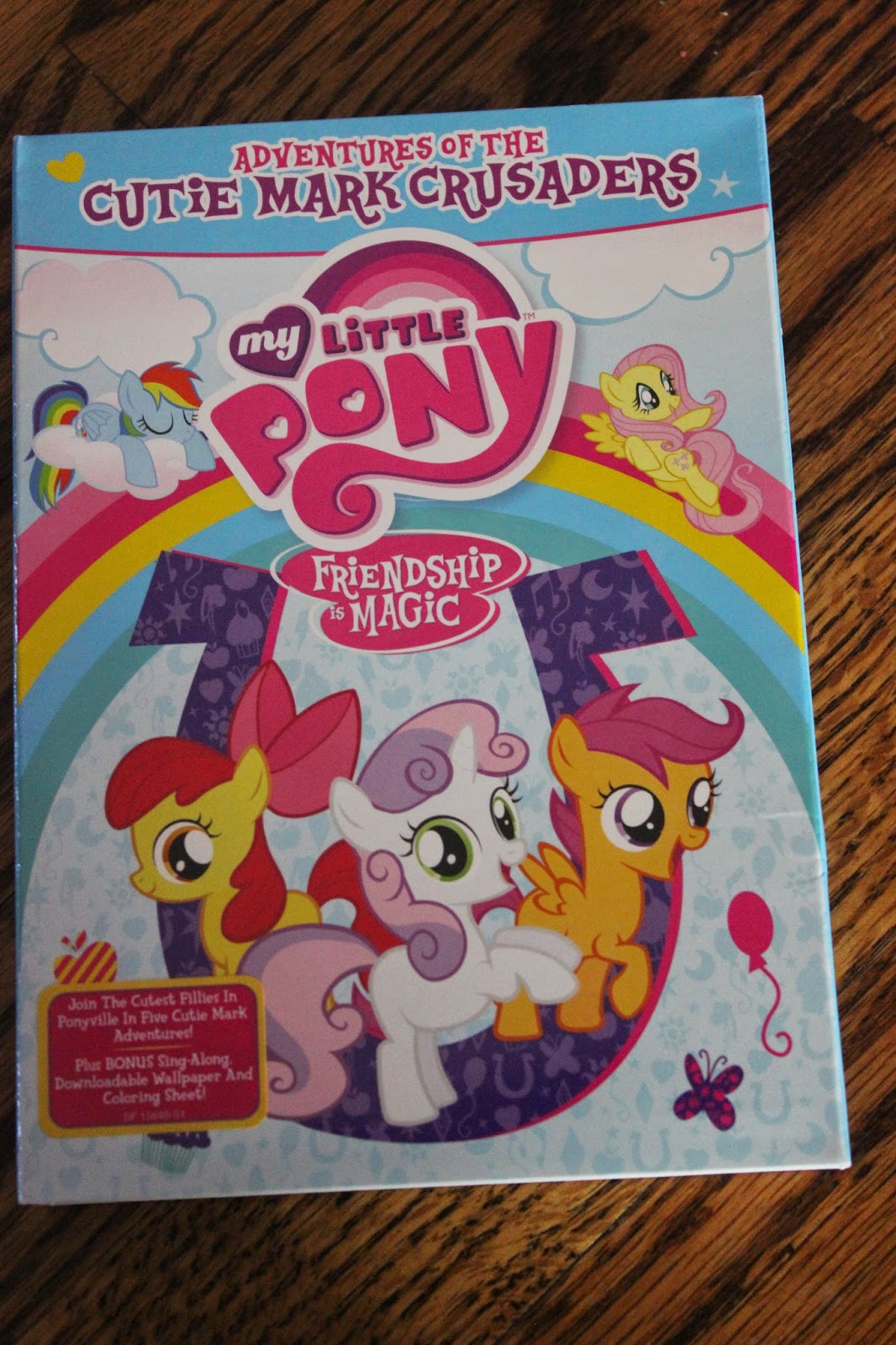 We were send this movie to view and even though I have little boys they both thought this movie was really cute. Jaxon just loves ponies and he actually sat and watched some of this. The colors are great and vibrant and I loved this as well as I had played with My Little Ponies when I was a kid. They are always doing something in the movie so the movement keeps Jaxon entertained and he was not bored watching this. Great Movie!! 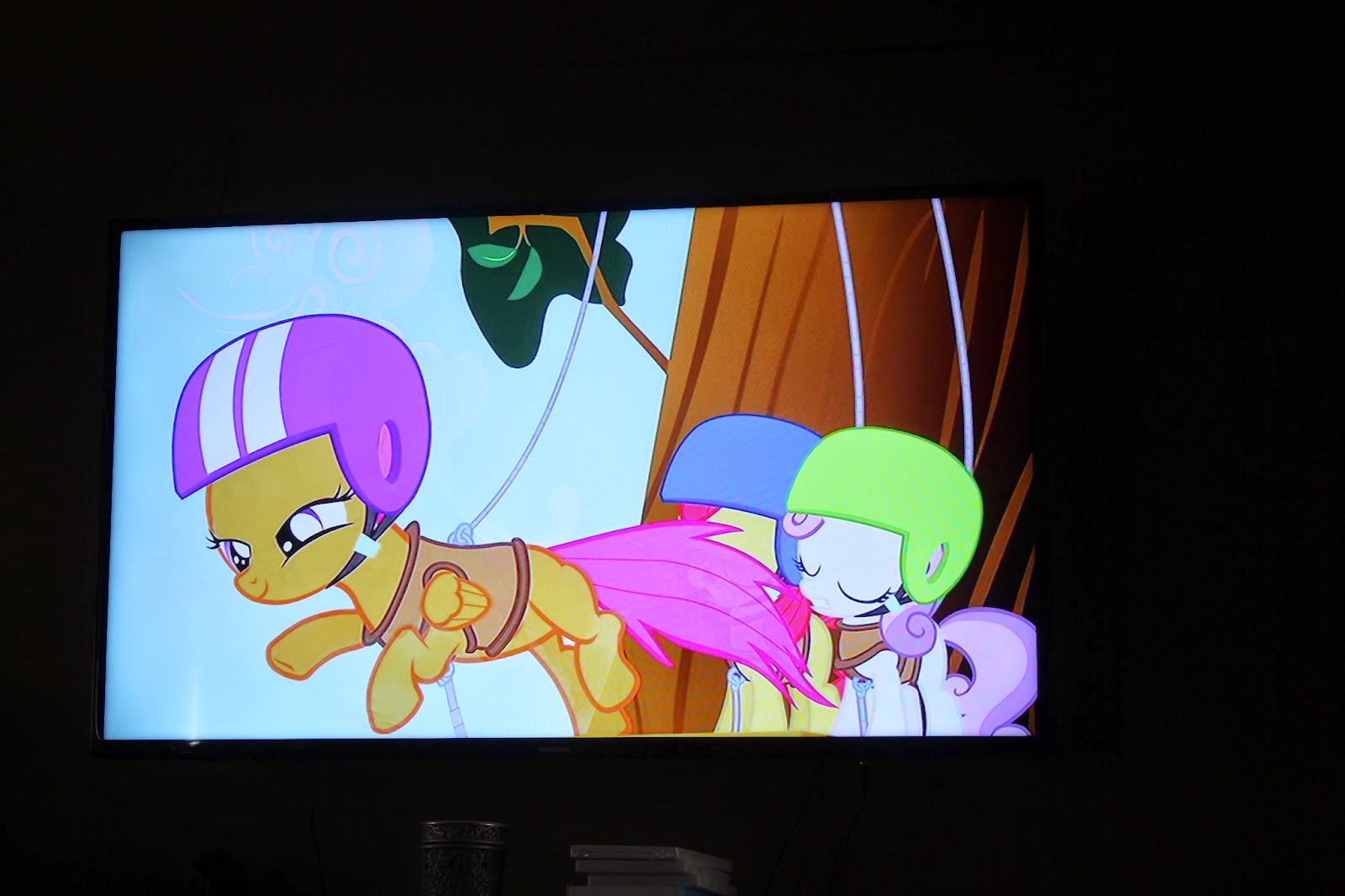 Los Angeles, CA – Everypony is unique! If you lived in Equestria, what would your CUTIE MARK be? The Cutie Mark Crusaders can help you find out! My Little Pony – Friendship Is Magic: Adventures Of The Cutie Mark Crusaders is coming to DVD on February 24, 2015 in the U.S. and Canada from Shout! Factory Kids in collaboration with Hasbro Studios.  Offered as a bonus feature is a fun new sing-along and coloring sheets!

In EQUESTRIA, obtaining a CUTIE MARK is an important coming-of-age moment for a young Pony. After all, Ponies acquire their CUTIE MARKS only after they discover a unique characteristic about themselves, setting them apart from all other Ponies. So when Sweetie Belle, Scootaloo and Apple Bloom meet, they instantly become friends and make it their mission to find their CUTIE MARKS! They are The Cutie Mark Crusaders!

My Little Pony – Friendship Is Magic: Adventures Of The Cutie Mark Crusader episodes include The Cutie Mark Chronicles, The Cutie Pox, Flight To The Finish, Pinkie Pride, and Twilight Time.

For even more Pony fun, PlayDate Digital has announced the new Cutie Pox Storybook App. When Apple Bloom becomes impatient waiting for her cutie mark, she decides to take things into her own hooves! In this interactive story book, follow Apple Bloom and the fillies as they learn that taking the easy path toward your goals isn’t always the best way. Enter the world of Equestria in this storybook adventure full of excitement, humor and friendship!  The release of "Cutie Mark Crusaders" marks the first of a series of planned collaborations between PlayDate Digital and Shout! Factory to cross-promote My Little Pony Friendship is Magic stories and media.  In this collaboration, products contain promotional material highlighting a variety of products. In addition, Shout Factory and PlayDate will host contests and offer value-added bonus material.

About Hasbro Studios:
Hasbro Studios is responsible for entertainment brand-driven storytelling for Hasbro across television, film, commercial productions and short-form content. It develops, produces and distributes TV shows based on Hasbro's world class brands, including TRANSFORMERS, MY LITTLE PONY, LITTLEST PET SHOP and FAMILY GAME NIGHT. Many of these shows air on Discovery Family Channel and on networks in more than 180 territories globally.  Since its formation in 2009, the studio has received nine Daytime Emmy wins.

On the film side, the studio has developed and produced a number of features based on Hasbro's brands.  In addition to partnering with leading studios, the Company intends to make movies based on new and existing Hasbro brands for audiences globally through the Allspark Pictures film label.  Films in development or planned for release, include OUIJA (Universal), CANDY LAND (Sony), G.I. JOE 3 (Paramount), JEM AND THE HOLOGRAMS (Universal & Allspark Pictures), MAGIC: THE GATHERING (21st Century Fox) and an animated featured based on MY LITTLE PONY (Allspark Pictures).

Email ThisBlogThis!Share to TwitterShare to FacebookShare to Pinterest
Labels: FRIENDSHIP IS MAGIC: ADVENTURES OF THE CUTIE MARK CRUSADERS, Home, my little pony, Reviews