We were sent 2 great shows Clarence Mystery Pinata and Steven Universe Gem Glow. Both of these shows were great. Everyone in the house liked them, When i first received these my 11 year old took them and he watched them all. He said they were good and I watched them as well and even my 2 year old actually sat and watched them and he doesn't really like a whole lot of TV. My husband really likes watching shows on the Cartoon Network and we will be taking these with us on vacation to watch in the car as they are very silly and funny. 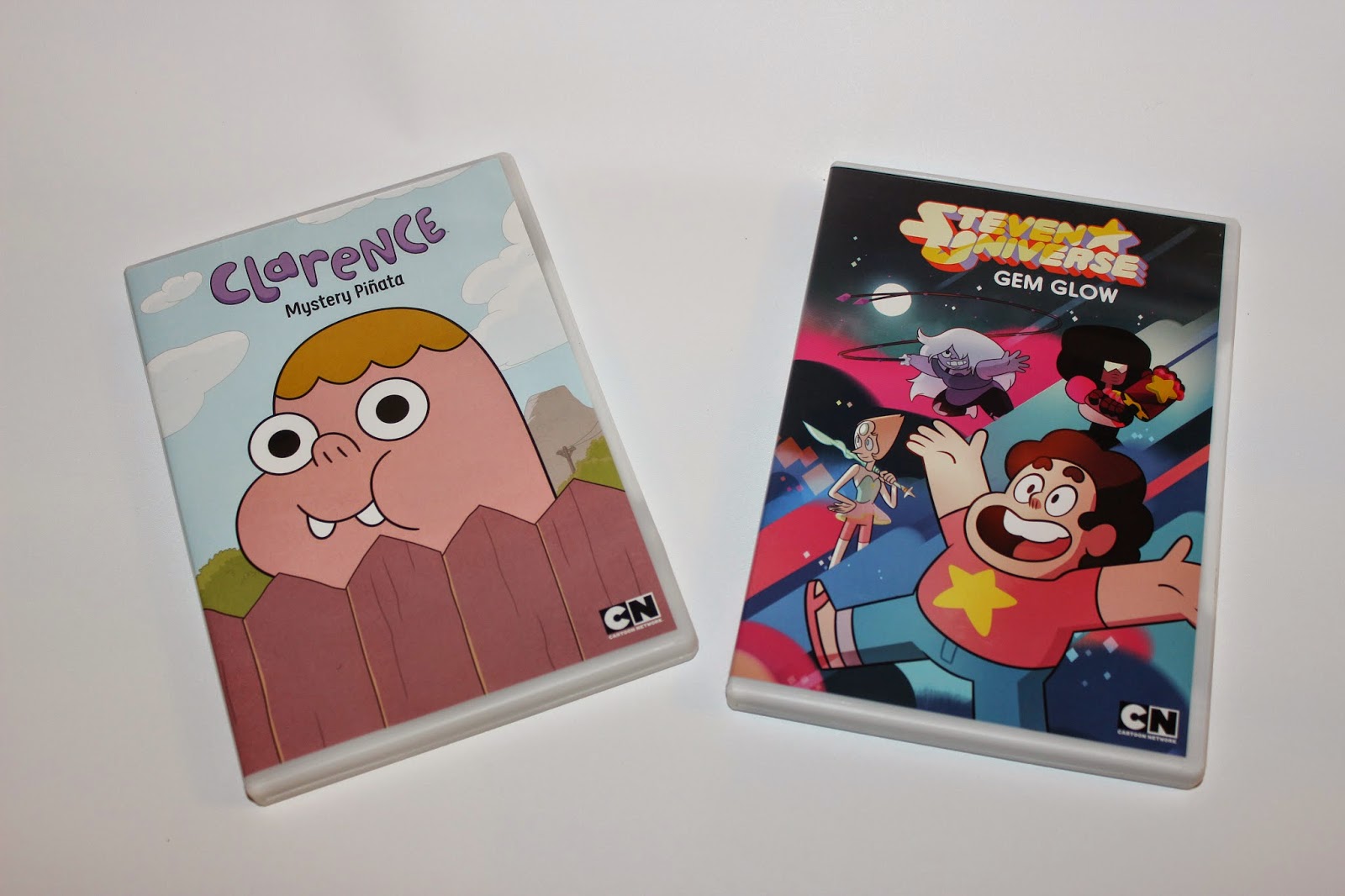 Clarence: Mystery Piñata
In Clarence, the latest series created through its prolific shorts development program, Cartoon Network Studios has developed the story of an optimistic, spirited, lovable boy who sees the best in all things and wants to try everything. Because everything is amazing! In the all-new Clarence: Mystery Piñata DVD available February 10, celebrate the best of childhood: epic dirt fights, awkward crushes, trampoline combat, sleepover pranks and secret tree forts all through the eyes of Clarence. His novel perspective transforms nearly any situation, however mundane, into the best day ever. No matter what happens, nothing brings Clarence down.

The DVD release of Clarence: Mystery Piñata marks the first home entertainment release for the animated series and features a collection of 12 popular episodes, including:
PLUS – Original Pilot Episode!

Produced by Cartoon Network Studios, Clarence has emerged as a top-rated comedy series for the network during its first season run. During each month new episodes aired on the network, an average of 6 million kids 6-14 and nearly 4 million boys 6-14 tuned in to watch the series - along with Steven Universe - according to Nielsen NPower data, making it the #1 show among kids and boys 6-11, kids and boys 6-14, and boys 9-14 in its timeslot across cable and broadcast networks.

Episodes of Clarence can regularly been seen on Cartoon Network and are featured on cartoonnetwork.com.