Hasbro toys are a hot commodity in our house with something for Brendan and Booboo. Transformer toys are great for kids of all ages and we were excited to try out their Transformers Battle Masters 2 Pack and it retails for $24.99. 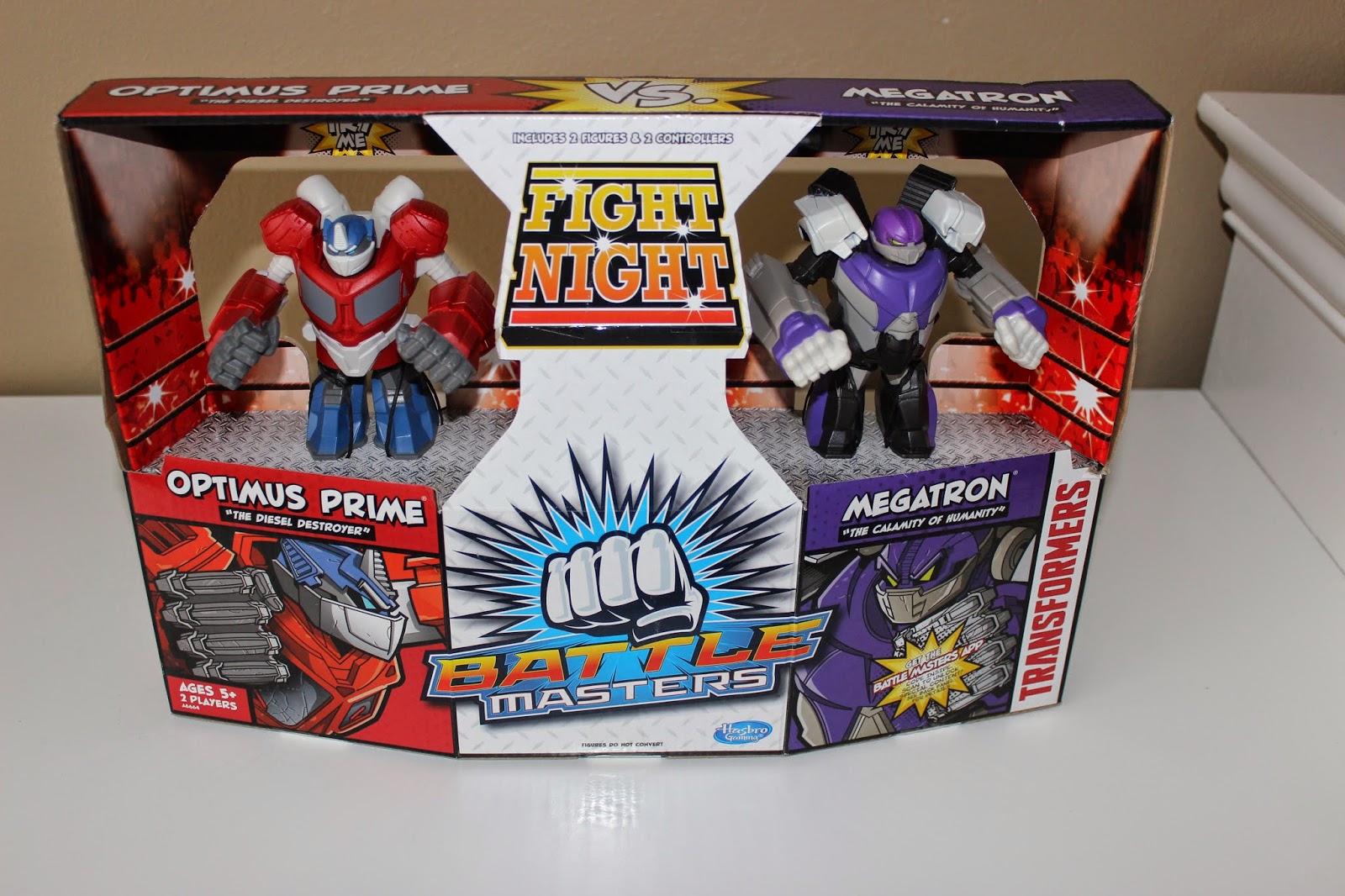 Now you can rule the ring, as two of your favorite Transformers characters go head to head in this Battle Masters game. Challenge a friend and have a fight night with these two powerful contenders, and see who can strike, punch and jab to win the bout. "The Diesel Destroyer" and "The Calamity of Humanity" meet head-on as they try to knock each other's head off-balance! 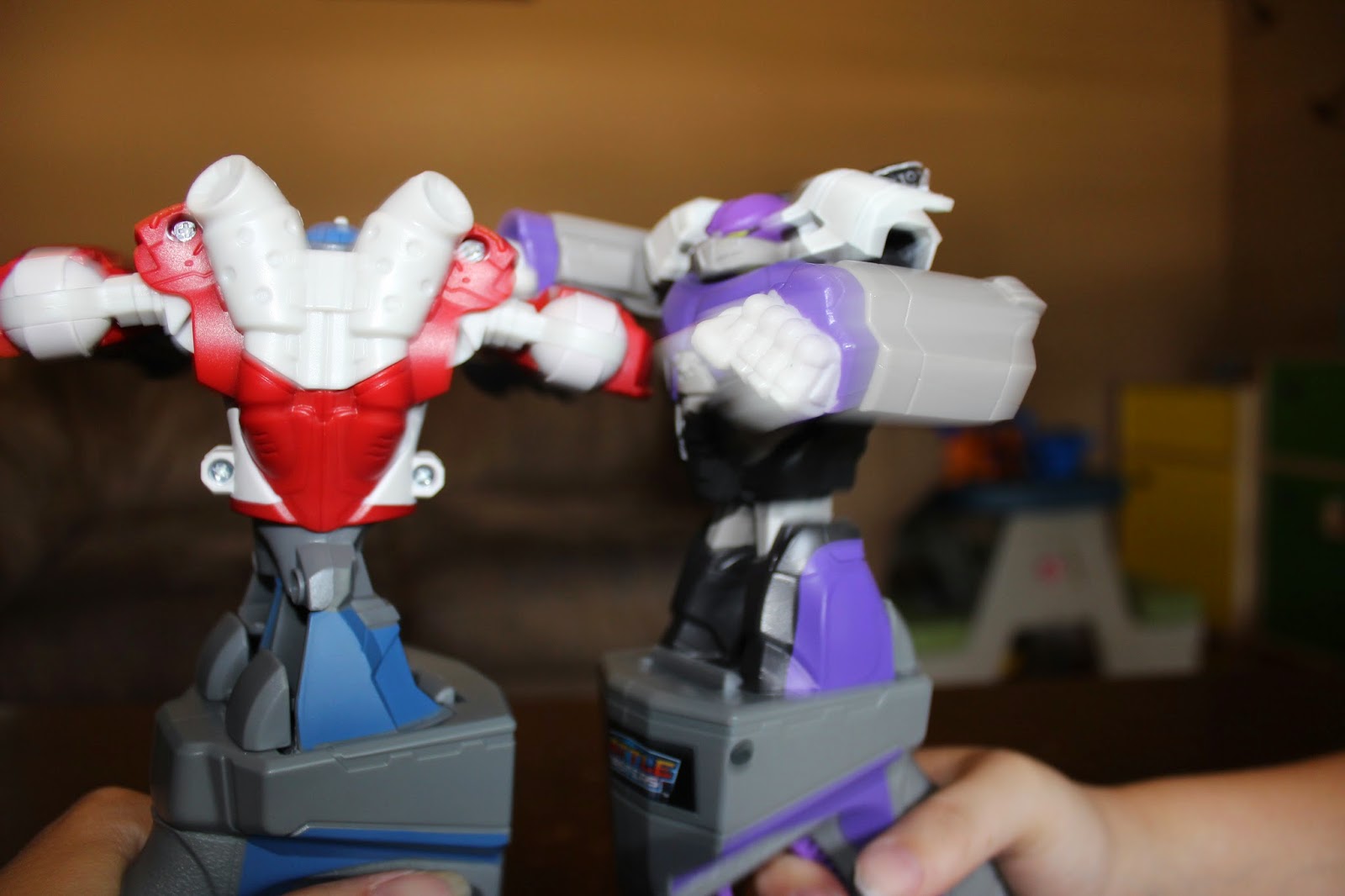 The war between the Autobots and the Decepticons has been raging for centuries, and the battle continues with this Transformers Battle Masters 2-pack game. The powerful Optimus Prime robot and his nemesis Megatron, two awesome and mighty archenemies, are ready for battling action! You control the fight as these Transformers Battle Masters figures duel to the finish. Choose your favorite bot, pick your side, and join the battle for Earth!
2 Figures, 2 controllers and instructions. 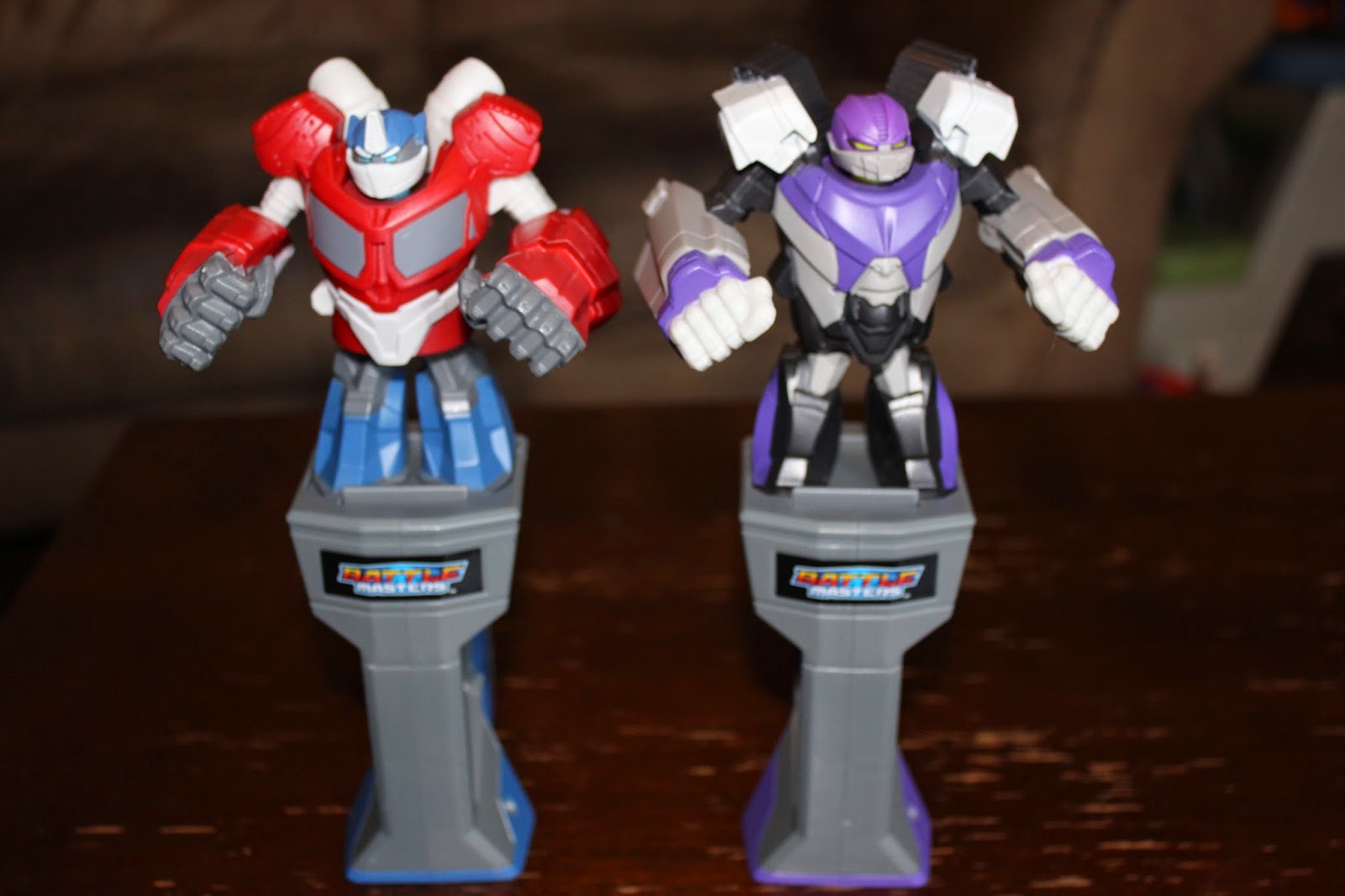 Brendan really liked these and even booboo loves to take them from us and run around with them making crashing noises. I can even say that I got in on the action and they were pretty fun. Brendan said they are a really good on the go toy and they are easy to carry around.

Connect with Hasbro on social media.